The factors and solutions of mildew

An important factor causing mildew in the process of feed production

The mildew problem of feed has been one of the problems troubling the feed manufacturers. In order to prevent mildew, ensure the quality of feed, the manufacturers have taken many effective measures, and have achieved good results. The reason for mildew is influenced by many factors, feed manufacturing process is just one of the many factors causing mildew.
In the actual production, we found occasionally that there is a local mildew agglomeration phenomenon on feed, in a very short period of storage (10d ~ 20d), or even less, under the requirement of other conditions (such as moisture, mildew, environment, temperature, humidity, storage etc.), one reason resulting in such phenomena is imperfection of the production process. 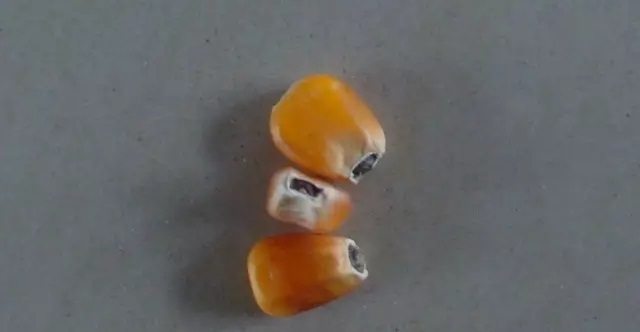 Reason analysis
The process of making feed pellets in most feed production factory is: after discharging from cooler, the cooled feed will be lifted to a certain height by the bucket elevator, and then discharge into the screener. Screener divides feed into 3 different kinds of material layers through two screen meshes.
The upper and the lower feed is not qualified, the middle layer is qualified. Qualified products enter into the silo to be packed. The unqualified material will be gathered into the Pellet mill for pelleting feed.
Through long-term observation, the reason caused mildew is the material from the upper sieve. we know that the powder feed into Pellet mill is mixed after crushing strictly, the particle size is very small. After pelleting through the ring die, the material size will not be larger than the die hole in theory. That is to say, under normal circumstances, there will be no particles on the upper sieve. (There are exceptions that are not cut off occasionally.) In actual production, there are some materials on the upper screener.

By collecting these materials on the upper screener, apart from a few long feed pellets, it’s not difficult to find that it is mainly composed of the following two kinds of materials:
1. The parts dropping from equipment of the process from Pellet mill to screener. (such as washers, nuts, etc.).
2. The feed pellets with high moisture content from equipment of the process from Pellet mill to screener and the metamorphic caking feed on the dead corners of equipment like air-lock device, cooler, elevator, etc.
Due to the long-term high temperature water circumstance, starch gelatinization rate of these material block is much higher than normal feed, which creates favorable conditions for the breeding of mould. When the block into the Pellet mill to be pelleted again, all of them will enter the finished product, which will produce two kinds of adverse factors: Firstly, the feed pellets have obviously different color compared with normal products, even metamorphism, which will produce adverse effects on animals, bad effects on enterprise image, larger cost for users. Secondly, the feed pellets have higher moisture content than normal feed, so it is easy to induce mildew. The metabolism of microorganism will increase the mildew moisture, and then accelerate the feed mildew.
In summary, the first kind of material on the upper screener is metal elements, which will clog the Ring die after returning. The second kind has high moisture content, accelerating the feed mildew. So, these two kinds of feed should be treated as waste, rather than returning to Pellet mill.

Add a three-way connection on distributing tube of the upper screener, dividing the returning material according to two cases.
1. While producing pellet feed, discharge the material into a storage box through the three-way connection.
2. While producing crushed feed, switch the three-way connection, materials will discharge through another exit, and then enter the crumbler to be crushed again. It has been found that this method can inhibit the mildew caused by feed process, and get better effects.
PREVIOUS：Analysis and solutions of abnormal appearance of pellet feed (useful experience) NEXT：The usage and maintenance of pellet mill